Sometimes a cup of coffee really can change your life. At least that’s how it happened for business owner Jason Hughes. Jason is chairman, CEO, and owner of San Diego-based property advisory powerhouse Hughes Marino. Jason bid on a chance to meet Howard Schultz, who served as CEO of Starbucks from 1986 to 2000 and later resumed the position from 2008 to 2017. Jason Hughes was in Sydney when he engaged in a bidding war to secure the meeting with Schultz that eventually happened at The Starbucks Reserve Roastery and Tasting Room in Seattle in 2017.

A longtime fan of Schultz, Jason Hughes had read all of his books, including Onward: How Starbucks Fought For Its Life Without Losing Its Soul and was impressed with how welcoming Schultz was and how eager he was to view the business through the eyes of his team members.
Jason Hughes, who had traveled from San Diego with his family to attend the meeting, still reflects on a remarkable morning he shared with Schultz. When Jason returned to San Diego, he was eager to implement Schultz’s progressive strategies with his team at Hughes Marino. At the company headquarters in San Diego, he continues to conduct business by abiding by the ethos: “Will this make the team proud?”

Finding A Work-Life Balance That Maximizes Your Income: Tips To Help

Becoming A Holistic Nurse In The USA 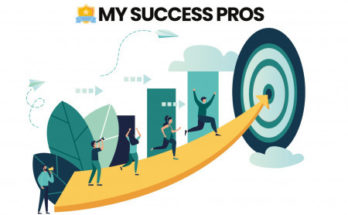 Success Pros Review: 5 Things You Need To Know About This Awesome Digital Agency  

View all posts by Article Editor →